Illustrator Nikkolas Smith on Being an ARTivist and Going Viral

Illustrator, author, and ARTivist Nikkolas Smith creates thoughtful images that spark much-needed conversations around issues of social justice. From Michelle Obama to Janet Jackson, his work has been recognized by some of the most well-known names on the planet. You may have seen his heartfelt portrait of George Floyd in the media after Floyd's murder by police in mid-2020, or his illustration of Martin Luther King Jr. in a hoodie to express solidarity shortly after the killing of Trayvon Martin.

This week on the My Modern Met Top Artist Podcast, we dive into Nikkolas Smith’s creative process and how through his ARTivism, he hopes to make a difference and advocate for the voiceless. The impact theme of season two is strong in this episode as Nikkolas discusses using his art to make the future a brighter place for his son.

This episode is brought to you by Walter Foster Publishing. Enter their Win a Book Deal contest for the chance to work with this premiere art and craft publisher.

Order your copy of 1619 Project: Born on the Water

Did you know that we're on YouTube? Watch your favorite episode now!

My Modern Met Store is offering a special discount for Top Artist listeners. Get a 10% discount on our entire curated selection of creative products when you enter the code TOPARTIST10 at checkout.

Read more about Nikkolas Smith's work and the projects we discuss: 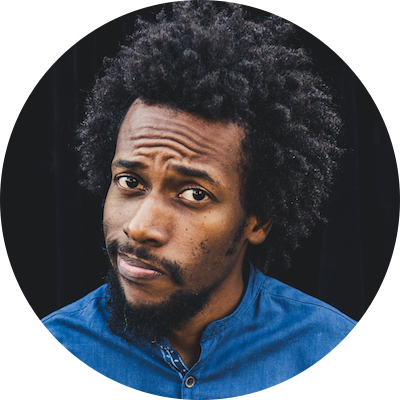 Nikkolas Smith, a native of Houston, Texas, is a Master of Architecture recipient from Hampton University. After designing theme parks at Walt Disney Imagineering for 11 years, he is now an ARTivist, Concept artist, Children's Books Author, Film Illustrator and Movie poster designer (Black Panther, Beale Street, Southside With You, Dear White People, Stranger Fruit). He is the author/illustrator of the picture books "The Golden Girls of Rio" (nominated for an NAACP Image Award) and My Hair Is Poofy
And That's Okay. The latest children’s book he has illustrated, World Cup Women features the World Champion USWNT. He is a proud 2016 White House Innovators of Color fellow. His most famous and recognized works focus on Artivism.

As an illustrator of color, Nikkolas creates captivating art that can spark important conversations around social justice in today's world and inspire meaningful change. Many of his viral and globally published sketches are included in his latest book Sunday Sketch: The Art of Nikkolas, a visual journey on life and a collection of more than 100 sketches he has done in the last five years. His works have been featured on TIME Magazine, The New York Times, The Washington Post, CNN, Buzzfeed, the Academy of Motion Pictures, The Guardian, ABC, NBC, KCET and many more. His art has been shared
on social media by Michelle Obama, President Joe Biden and Vice President Kamala Harris, Van Jones, Shaun King, Rihanna, Colin Kaepernick, Janet Jackson, Viola Davis, Jamie Foxx, Erykah Badu, Lupita Nyong'o, Kendrick Lamar, Tracee Ellis Ross, Ava Duvernay, Common, Simone Biles, Miley Cirus, Mark Ruffalo, Amy Schumer and many others. Nikkolas also talks at conferences (TEDxWatts) and schools all over the country, and leads workshops in digital painting character and movie poster and design. He lives in Los Angeles, California.